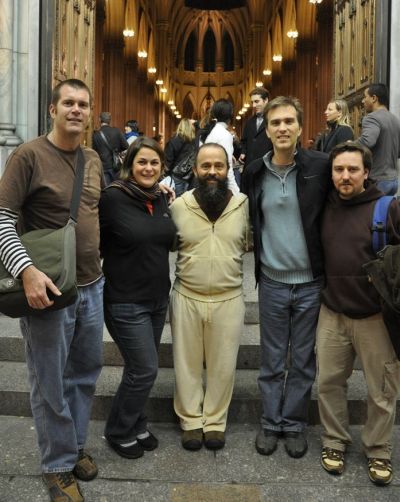 On October 21st, Louix Dor Dempriey and several disciples from Prema Drala Ashram arrived in New York City and received a heartfelt welcome from their New York spiritual family. The next five days would prove to be a transformational experience of unconditional love for all those who had the blessing of being in His presence.

Here is a schedule of the events that took place during Louix’s visit: 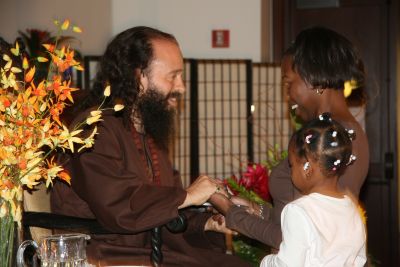 On October 22nd, Louix gave darshan at the New York Open Center. He opened the event with a guided meditation in which He took the audience on an inter-dimensional journey, wherein each person received blessings from masters, saints, angels, and celestial beings. The meditation flowed smoothly into the next phase of the evening, during which the guests would come one by one to the feet of the Master to receive a personal blessing. People continued arriving over the course of the next  four hours. People from various walks of life, paths, and beliefs—some of whom had never before been in the presence of a Master—were transformed by the purity of His love.

The evening ended with discourses on "The Romance with The Beloved"; the necessity of focusing on self-purification; and a detailed treatment on the act of receiving darshan (the living vibration of God) from a Master:  what it is, how to best prepare oneself to receive this blessing, its significance in one's spiritual evolution, as well as some insights into the subtle nuances of darshan given by different Masters.

Two days later, Louix returned to the New York Open Center, where He led a one-day retreat for twenty-five eager souls. He began the event with a sacred ceremony which induced in many a state of profound bliss. After a break, Louix shared stories from His Initiate training and provided counseling on myriad topics such as:  transcending fear, UFO’s, "surrendering to God," "following your heart," and "how to calm the mind."

Listen to the audio discourse below, wherein Louix brings clarity and insight into the widely misunderstood topic of UFO's and extraterrestrial beings.

This day of communing with the Divine ended in a Sufi-inspired ceremony, in which everyone radiated their love and gratitude to one another in beautiful twin circles of love. 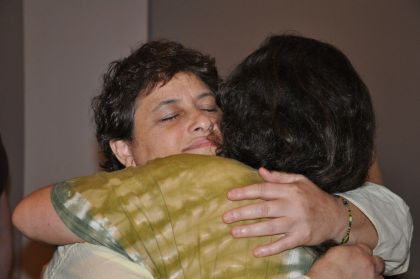