Louix Dor Dempriey is a spiritual Master whose love, wisdom, and humanitarian service have been uplifting and transforming thousands of people since the mid-1990s. His non-denominational teachings have been featured in magazines and newspapers, as well as in radio and television interviews in Australia, Egypt, Canada, New Zealand, and the United States. In 2007, the Louix Dor Dempriey Foundation, a 501(c)(3) non-profit educational organization, was established to share his teachings and humanitarian works with the world. 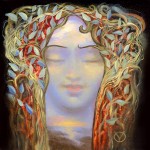