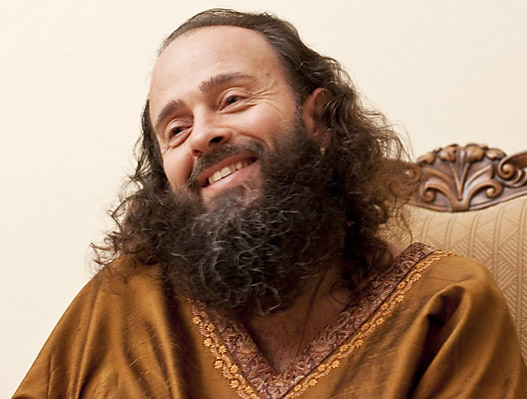 On January 7th, 2009, Sundara Aravinda Ashram in Melbourne, Australia welcomed the arrival of their beloved Guru for his first visit in over a year. With an itinerary that spanned six weeks, this was the longest period of time that Louix has stayed in Australia (since his two-month visit in 1998). The majority of the events took place in Melbourne, the hub of his ministry in Australia. Guruji also visited his ashrams in Sydney (Sathya Sananda) and Hobart (Prana Shakti).

The itinerary included the following events:  Devotional Singing, Movie Nights, Pranayama, Disciple Training, Guided Meditations, Q&A Sessions, Private Audiences, Media Interviews, as well as Women's and Men’s intensives. Guruji also took day outings, shared meals with, and gave personal discourses and guidance to his disciples and devotees. He spent extensive time with the children of the ashram community and personally tended the gardens of His ashrams—one of Guruji’s great joys!

Louix often entered profound states of samadhi, and many people were effortlessly transformed by the all-consuming love felt in his presence. It was spellbinding to watch people change from day to day, a process that began with his arrival at the airport and continued for the next six weeks. 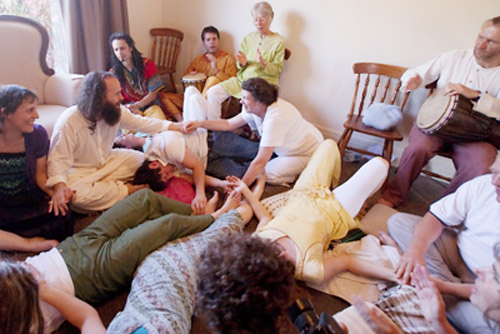 The following is Kharananda's account of Guruji's arrival at Sundara Aravinda Ashram in Melbourne, Australia (click here to read the full version of her lila, entitled In His Presence).

Francesca Frangipani also shares one of her many experiences with Louix:

Click here to read yet another story of one person's transformation as a result of being in Louix's presence.

Enjoy this selection of audio discourses from Guruji's travels in Australia:

Filmed entirely on Guruji's first day at Sundara Aravinda Ashram in Melbourne, Australia,  this documentary-style video (below), entitled A Touch of Divinity, captures the profound nature of his love, which often sends people into states of bliss and ecstasy.   (Running time:  10 min.  32 sec.)

Words cannot convey our gratitude to You, Guruji, for all that You blessed us with. Our lives have changed and our hearts have opened to more of Your love. The light shines ever more brightly in the eyes of those who have had the honor of being with You. And, for this, we are eternally grateful.