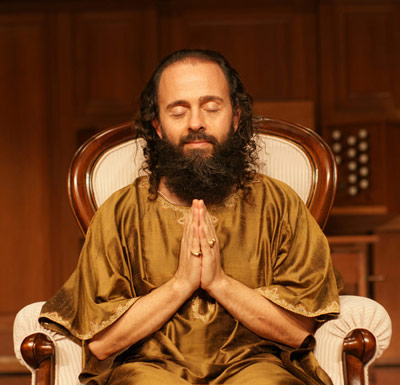 Mid-December 2007 through early January 2008, Louix and his daughter Ariel Ganesha made their sojourn to Australia, staying at his ashram in Melbourne (Sundara Aravinda) and spending precious time with beloveds who came from all around the world to see them. For almost six weeks, a dedicated film crew along with some of his closest disciples from Prema Drala Ashram devoted their time and energy to capturing footage for the upcoming documentary, A Great Awakening. Highlights of their three-week visit included: 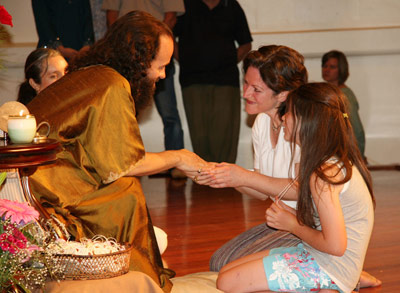 On the evening of his birthday (December 17th), Louix gave a Public Darshan at Melba Hall, at the University of Melbourne. He received approximately 70 people, anointing each person’s third eye with an intoxicating blend of oils and, to some, delivering personal messages and/or Revelations. He also gifted each person a necklace as prasad (a food or an item that has been blessed by the Master). The love and devotion that filled the atmosphere was amplified by the beautiful sounds of Australian sacred music group Sacred Earth. 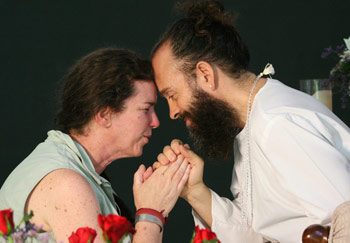 On the warm afternoon of December 29th, disciples, devotees, and seekers arrived at The Country Place at Kalorama, located in the beautiful Dandenong Ranges just outside of Melbourne, to participate in a four-day residential retreat. Overlit by Louix’s love and grace, the retreat enabled everyone to experience deeper communion with God and each other. From guided meditations to yoga, and devotional singing to holistic, vegan meals, each aspect of the retreat enabled us to assimilate the greatest amount of Light into our bodies. 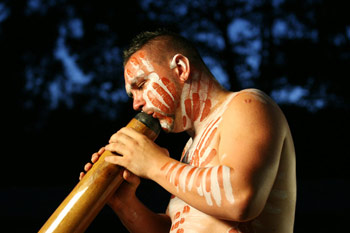 One evening included an Australian aboriginal didgeridoo ceremony by Jeremy Donovan. This ancient practice invoked the healing power of sound to connect us to Mother Earth. On December 31st, we gathered in the meeting space for our morning session with Louix. With a high amount of shakti coursing through his body while in a profound state of samadhi, he received each person and anointed them, sending many into altered states of consciousness and speaking wondrous Revelations to others. The following is one staff member’s account of this unforgettable, five-hour experience: 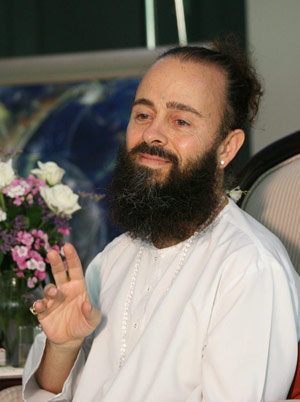 During the final minutes of 2007, Louix proclaimed 2008 to be The Year of Rebirth. This will be a year, he explained, during which each person will have the opportunity to begin a brand-new life—if we are willing to take the necessary leaps of faith. He stated the importance of remembering that everything is forgivable and redeemable in God’s eyes, and he used the analogy of the proverbial “phoenix rising from the ashes” to represent this rebirth. He also revealed the sacred gemstone that holds the energies for this year to be the opal—also the stone of the Aquarian Age.

Many of those who attended these events recounted them as being some of the most (if not the most) powerful events of their lives. It was also very touching to witness and be part of the many meetings and reunions that took place within Louix’s global community.

We are most grateful for the precious time Louix spent with us, and can only look forward to all that The Year of Rebirth has in store.