A Tribute to Michael Jackson 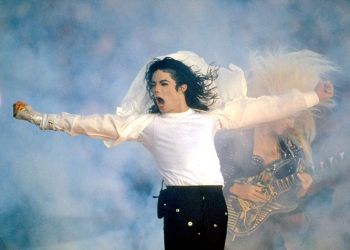 I ask myself why it took me three weeks (after his passing) to write a tribute to the great soul known to this world as Michael Jackson. The reason is very clear:  I have found it difficult to even begin to condense the scope, breadth, expanse, and impact of his life, talent, love, caring, genius, and legacy into any number of words, much less into merely a couple of paragraphs. Tonight, as I sat before my keyboard, composing this eulogy, I began by spending two hours on the Internet, viewing song after song, video after video, tribute after tribute… saturating myself with his sweet and melodious voice, gazing upon the innocence and beauty of this magical anomaly of a human being, and becoming all the more entranced by his unique and inimitable presence.

The Divine Light which used Michael Jackson as Its muse was, much as in the case of Mozart, was too intense and vast to be harnessed by the limitations of his human embodiment. Obviously knowing this, in His infinite omniscience and grace, God managed to fit Michael Jackson’s entire career and legacy into his short 50 years on Earth, leaving us an archive and treasure trove of music, inspiration, philanthropy, and caring, on a scale rarely if ever seen in this world, not even by ones who outlived him by decades. Perhaps this is why superstardom claimed Michael before the age of 10, allowing him to reach millions with a level of talent, artistry, professionalism, maturity, depth, sensitivity, and soul that usually emerges—in the greatest of talents—in their later years. Clearly, God made accommodations for all of this and more.

Michael was not only the greatest and most innovative contemporary freestyle dancer who ever lived, as well as one of the greatest singers and songwriters, he was also a hero—especially to the children of the world, possibly the greatest in all of recorded history. He was and is the champion of children, and now (through his passing) a modern-day patron saint for their cause, their welfare, their future, and their rightful place as the wayshowers for humanity. Many children (in the 40+ years of Michael’s professional career) are themselves now adults, and they attribute their place in the world, their chosen paths and all success attained therein, to the example set by this angel from heaven, by his fierce and relentless commitment to goodness, individuality, perseverance, and freedom of expression. It is an understatement to say that Michael Jackson will continue to fill this niche for society—and continue to reign as its king—long after the day of his passing has faded from memory.

Though many are heartbroken by your physical departure, Michael, most would agree that you lived a full life, perhaps another testimonial of the vastness of your talent. I thank God for giving humanity the invention of recording equipment—and the media to use it—before sending you into our midst. How fortunate for us all, that you will continue to live in our hearts, igniting and inspiring joy and happiness in our lives with your eternal youthfulness, your spirit of hope for this world, and with your limitless talent and musical gifts. Thank you, Michael, for being my friend, and for being an everlasting friend to this world.

The greatest gift I can give you, in return for all you have given me, is to even further deepen my commitment to unite all peoples, cultures, races, and religions into one heart, one Love… in God’s most holy name.

Your vision for this world shall be fulfilled, beloved soul. To this end, I dedicate my life.